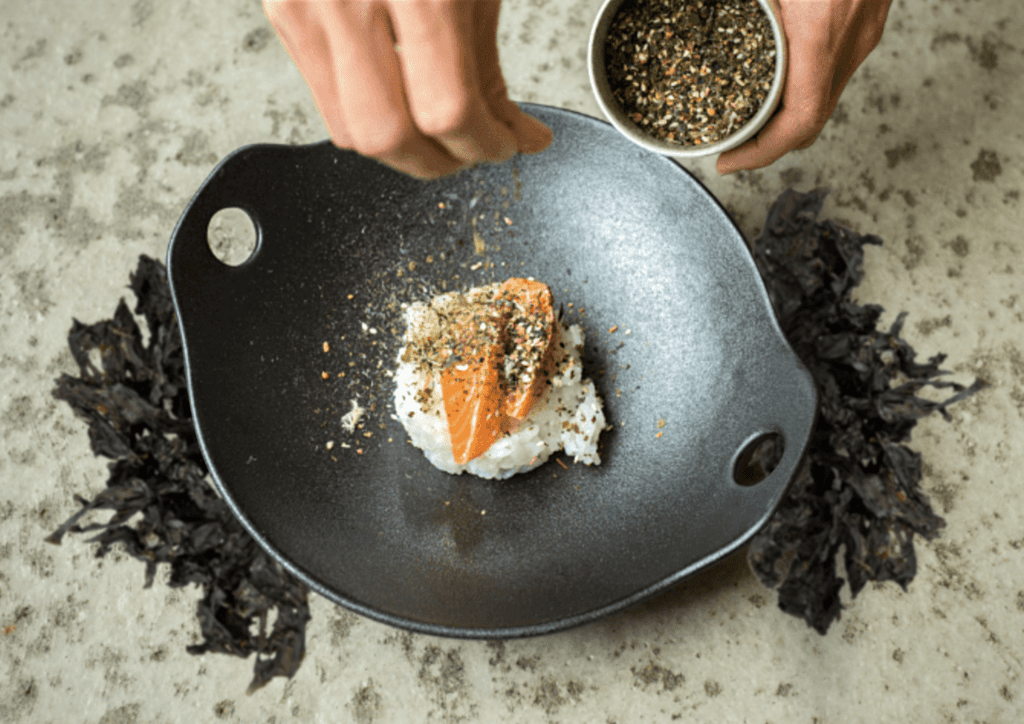 Did you know that salmon nigiri is technically a fusion dish? The history of raw salmon being eaten in Japan only goes as far back as 1974, when a Norwegian parliamentary committee visited Japan in order to strengthen their international friendship. Seeing huge potential to sell Norwegian seafood to the Japanese market, the Norwegians began a campaign to promote the consumption of raw salmon, which would go on to create a huge cultural shift in Japan. Before 1980 (when the first Norwegian salmon was shipped), salmon had not been eaten raw in Japanese cuisine, but rather grilled or dried. By 1995 it was a runaway success, with raw salmon sushi being served in the country’s top hotels and restaurants. Today, salmon nigiri is probably the most popular and recognisable type of sushi in the west, and it’s very easy to make yourself! We’ve topped ours with a dash of Lofoten Umami, keeping the tradition of Norwegian and Japanese fusion going into the 21st century, as well as some delicious crispy nori for added texture.
Makes 8 pieces

1)
Put the rice into a large bowl, and while it’s still warm, stir in the sushi vinegar.
2)
Cut the salmon into strips roughly 7cm long, 3cm wide and 0.5cm thick. Slice the salmon against the grain – this allows for a nicer texture.
3)
Take a small handful of rice in your palm and form it into a patty. Keep a small bowl of water nearby to wet your hand if the rice starts to stick.
4)
Dab a small amount of wasabi paste on the underside of the salmon slices, and put on top of the rice. Season with a generous pinch of Lofoten Umami, then serve with soy sauce and pickled ginger on the side.
5)
Submerge chunks of dried nori in oil preheated to 180C and fry for approximately 30 seconds. Remove with a slotted spoon and serve alongside the nigiri. 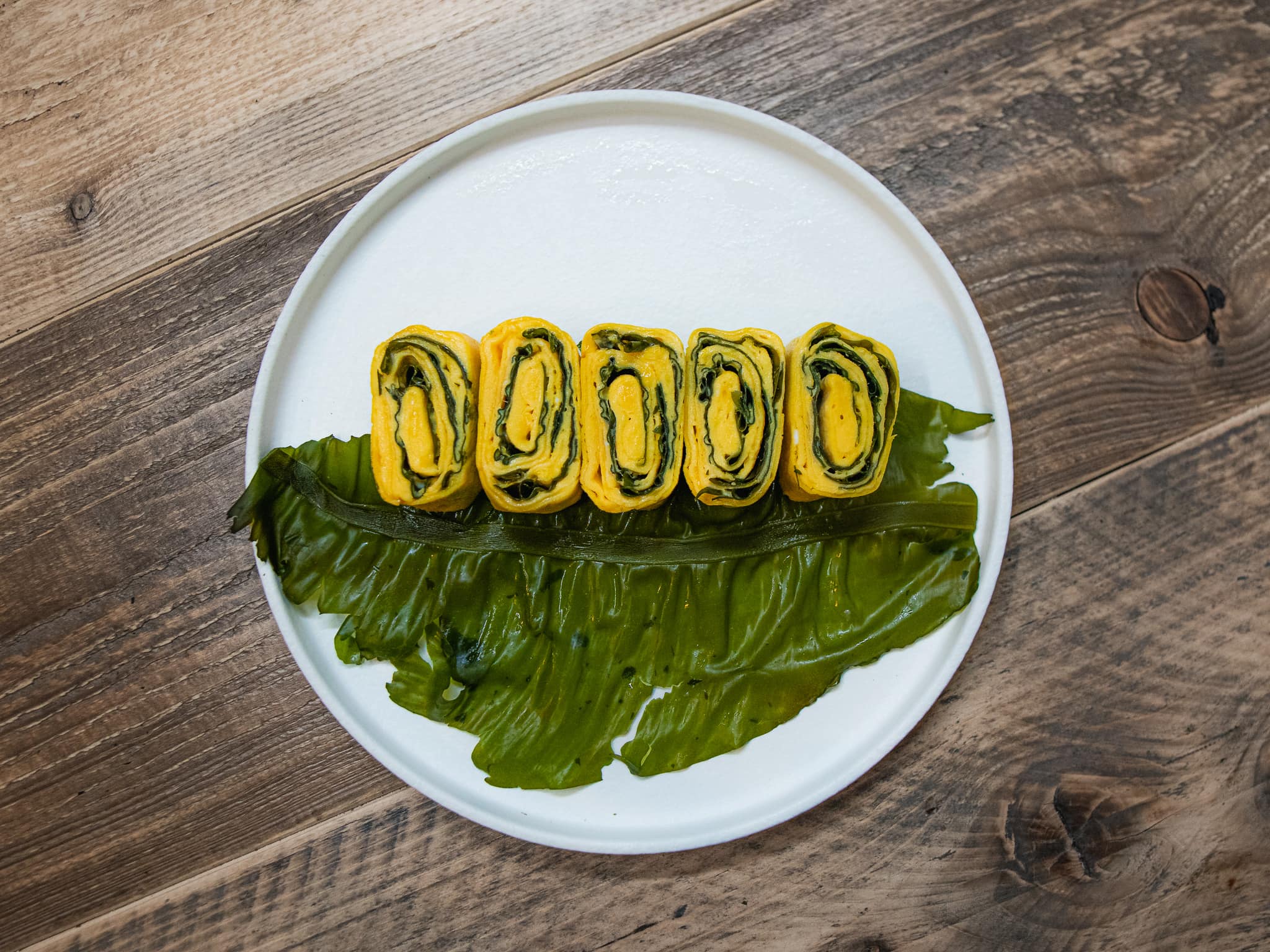 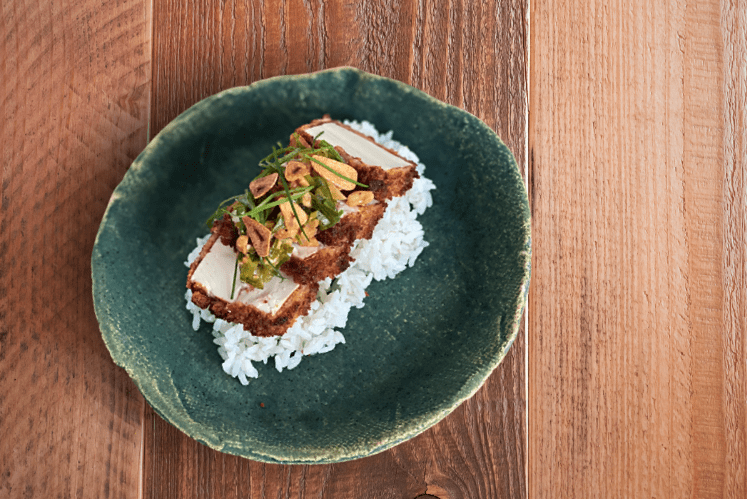 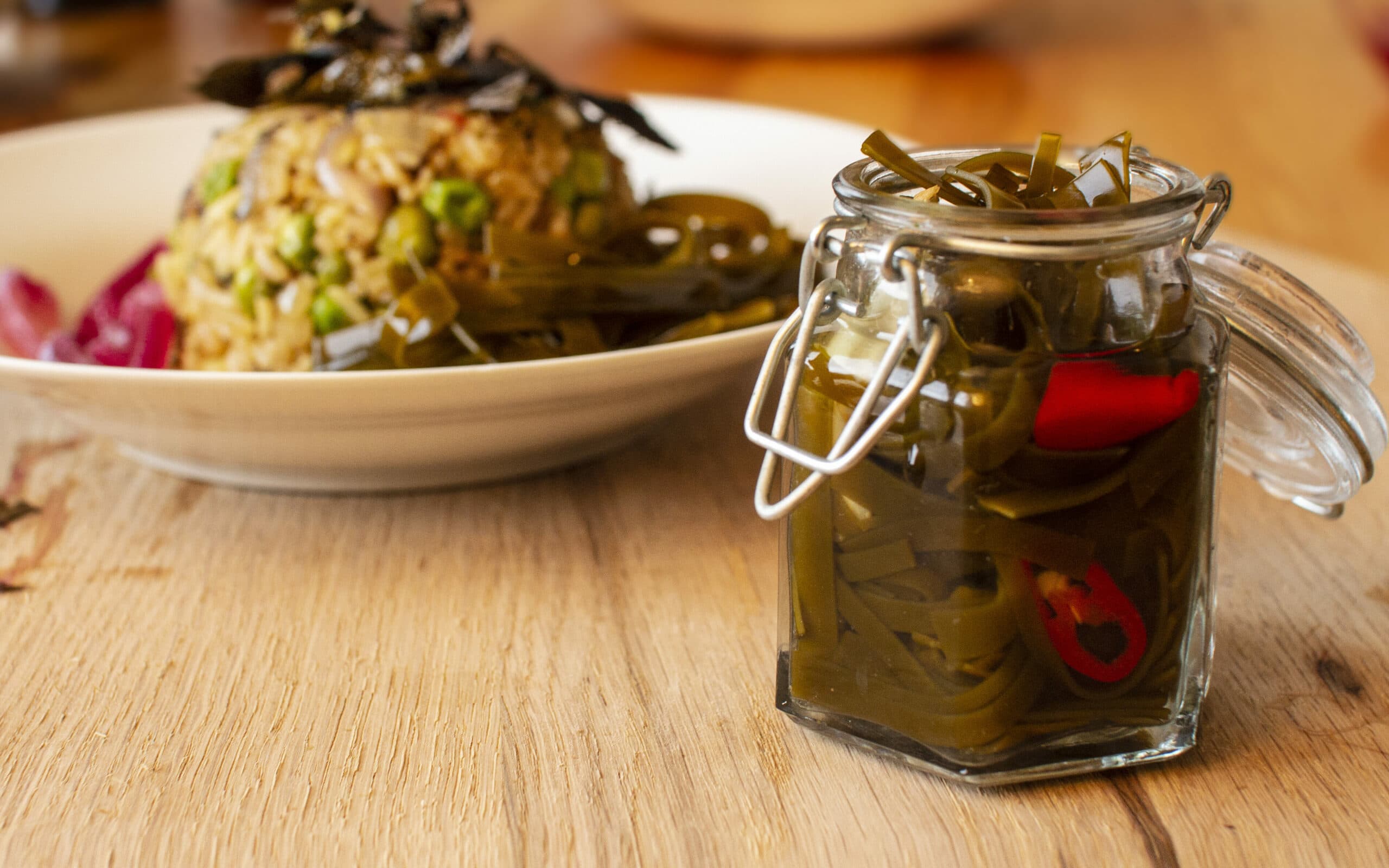 Pickled oarweed with ginger and chilli 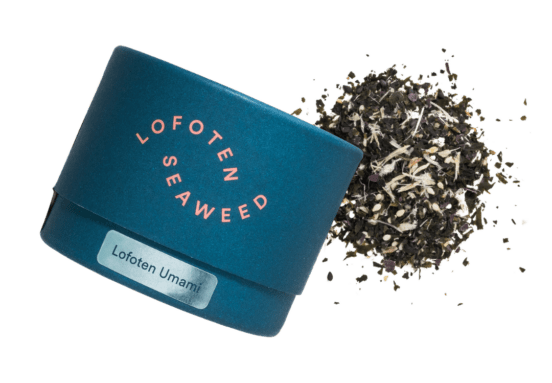 A blend of dulse and winged kelp, sesame seeds and authentic Lofoten stockfish. Our take on Japanese Furikake.
€15.15
Add to cart

Cheers, It's January and smoothie time💚 Are you

Cheers, It's January and smoothie time💚 Are you